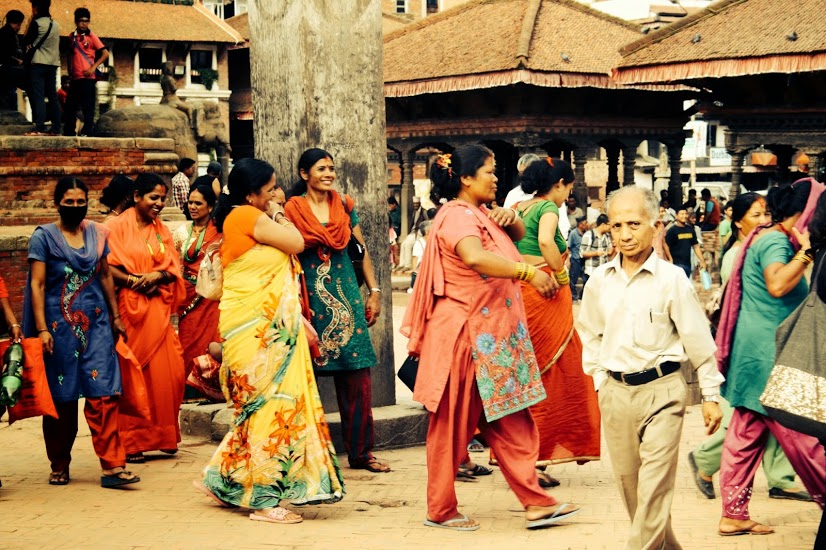 There are numerous things that we can say about Nepal. Here we mention some essential highlights about this country that doesn’t stop surprising us.

If you come to Nepal to do a trek in the Himalaya, to visit some Hindu and Buddhist temples, to go for a safari in the jungle in the south, to practice other sports like rafting, paragliding, climbing, or to go for a meditation or yoga retreat… is good that you know some basic things about Nepal.

In this article, you will find 10 things that you should know about Nepal.

1. The highest peaks in the world

Nepal has 4 big sites that are UNESCO World Heritage:

Kathmandu Valley, Lumbini (the site where Buddha was born), Chitwan National Park and Sagarmatha National Park (where the highest mountain above the sea level is, Everest 8848m). 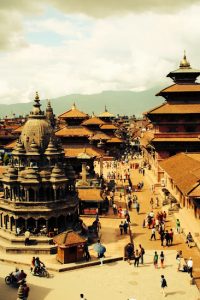 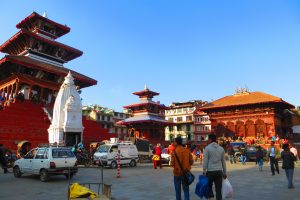 Nepal has numerous Natural Parks and Conservation Areas. Amongst them: 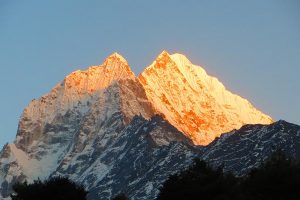 Conservation Area Annapurna, where there are some of the highest mountains in the world (Annapurna I (8091m), II y III, Gangapurna, Machhapuchchhre) and we can see Manaslu (8156m) and Dhaulaguiri (8167m).

Langtang National Park, situated in the north of Kathmandu, has a very easy access and very quickly we find ourselves in the middle of the Heart of the Himalaya. Here we find Gosaikhunda lake, a pilgrimage place for Hindu culture.

Mustang, in the north west of the Annapurnas, has a desert panorama similar to the tibetan landscape.

Dolpo, in the west of Nepal, belongs to the Shey Phoksundo National Park, and it is a very remote area highly protected.

Chhitwan National Park, in the south of Nepal, border with India, this is the most popular National Park to organize a jeep safari in the jungle with routes to see animals like the tiger, rino, or elephant…

Bardía National Park, in the south west of Nepal, we can see all sorts of animals in the jungle like the tiger, rino and elephants… and this park is more remote and not very touristic.

The typical food of Nepal is the Dal Bhat. “Dal” means lentils and ”bhat” means rice. This dish is based on white rice, lentil soup and curry with seasonal vegetables. Normally includes potatoes. Often includes pickles and fried naan. Some places also offer a small bowl of yogurt and also some slices of fresh carrot and cucumber. In Nepal food tends to be very spicy, so if you don’t like spicy food make sure you make it clear to the waiter!

We don’t want to jump to the next point before mentioning the Momos. It is very similar than the dumpling made with flour and inside it can be buff,, chicken or veg version. This food is steam cooked. 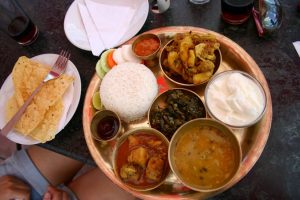 Nepal is full of festivals all year round. Some of the most important are: 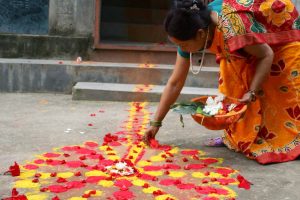 The main religion is the Hindu, followed by the Bhuddist. Most of the buddhist population is situated in the Himalaya mountain regions.

There are many other religions and they all live together in peace and harmony in Nepal like christians, muslims, animists, etc. The percentage of followers of these ones is very low.

The language is Nepali. But Nepal has more than 33 ethnic group with their own languages each of them. Therefore, Nepal is culturaly and traditionally an extremely rich country.

English is the second language that is taught in the schools. If a toursit is visiting Nepal it will be easy for him/her to communicate in English in the tourist areas.

Nowadays Nepal is a democratic federal republic with parliament system. In the past it used to be a monarchy until 1990, and the monarchy was abolished to welcome democracy on the 28th of May 2008, after the son of the royal family murdered all his family.

The first Constitution was approved in October 2015, and divided the counrty in 7 states.

Nepal has a famous army; the Gurkhas. They are very known for their bravery and strength. They have worked for centuries for British army and Indian army.

In Nepal, the main income comes from tourism with a 45%, followed by agriculture with a 35%, which is one of the main sectors of employment, and the industry with a 20%.

NGOs have a big impact in the country annd they are one of the main providers for first aid and basic needs, construction and education.

Nepal deppends on the importation of basic materials and on the foreign markets for their agricultural products. Nepal imports petrol, construction materials, fertilizers, metals and rice iute, wood and textiles. 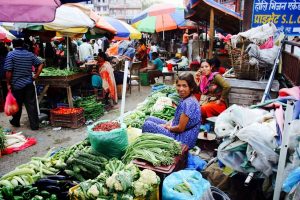 Nepal is the result of the colision between the techtonic plaques that are formed by India and China. The Himalaya range is formed because of this colision that has never ended and, in fact, is still moving normally without us noticing it.

That’s why periodically there are earthquakes in Nepal that can be really devastating. Statistically the earthquakes happen every 75 or 80 years. Eventhough it is impossible to predict when will be the next one. The last earthquake took place in April 25th and the 12th of May 2015 with the corresponding after shocks.

Summer is monzoon time. Strong rains are dangerous and can provoque landslides. Every year there are some floods in the south of Nepal. 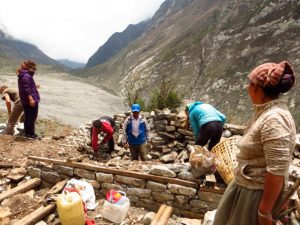 The perfect season to come to do tourism and trekking is in Spring and Autumn.

Winter is also good to do tourism in the south of Nepal or a trek in Mustang, the desert region of the Himalaya. 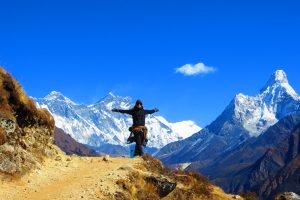 Now that you know a bit more about Nepal, what are you waiting for, come and discover it in person! Book an adventure and choos one of our Treks in Nepal. we will take you to discover the wonderful things of this country. Contact us for any information! 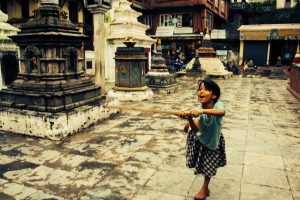 Don’t forget that, in addition of living the experience of your life, when you book a trek in Nepal with us you get incredible discounts in  Camp Base, the shop specialized in mountain gear based in Spain. 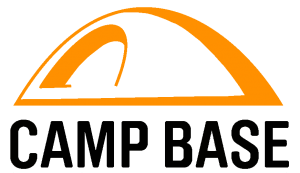